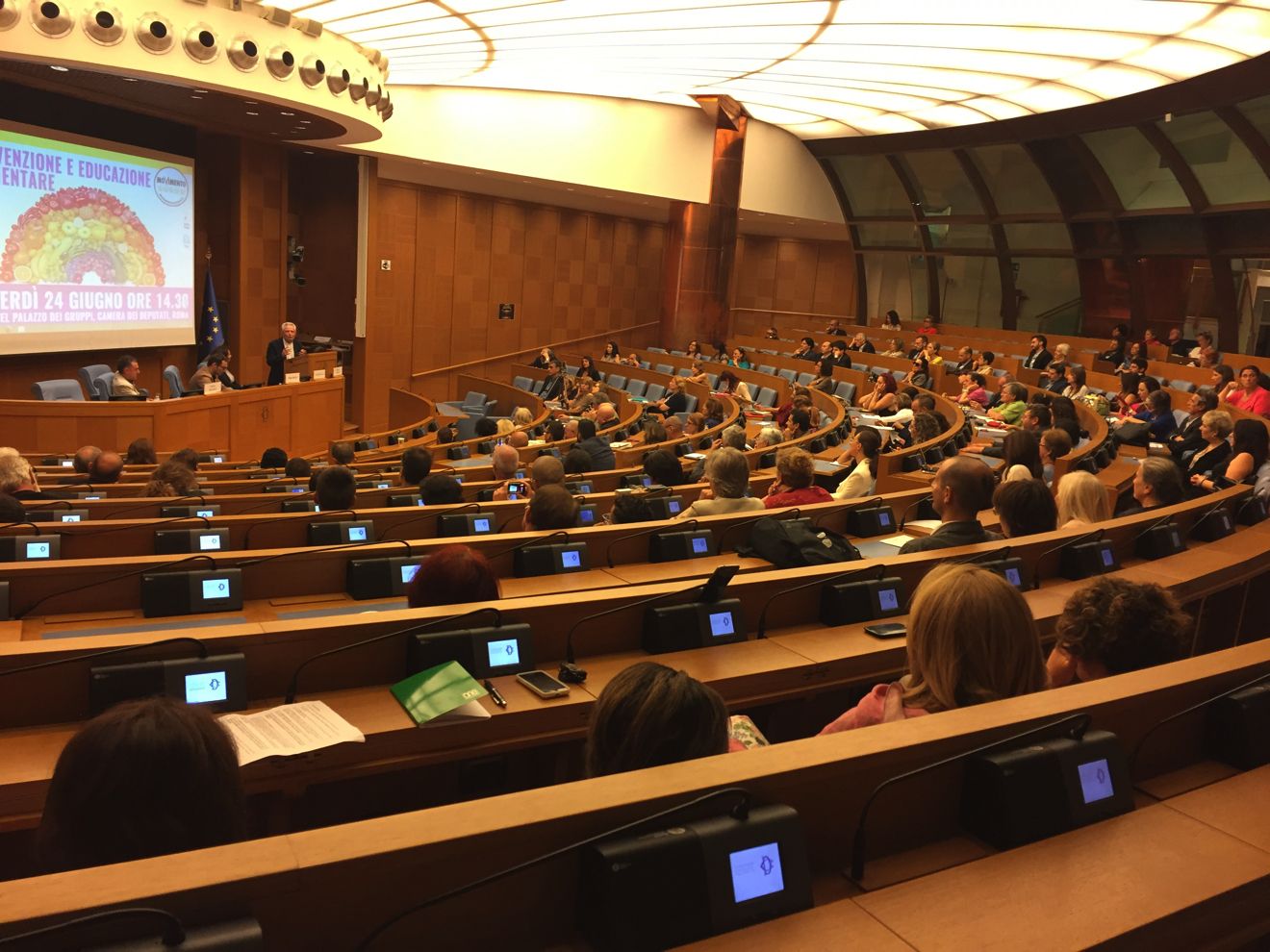 Written by Madhavipriya dasi on 29 June 2016. Posted in Journey Notes.

Speech by Matsyavatara Prabhu at the Italian Parliament

At last, the ethics of compassion and non-violence, even at the dinner table, have made their way to the Italian Parliament!

It happened on Friday, June 24, thanks to the intervention of Shriman Matsyavatara Prabhu (Marco Ferrini), invited by the deputes, who spoke about the theme of "Prevention and Education on Nourishment."

Many highly qualified speakers specialized in scientific disciplines participated at the conference and discussed the themes in terms of health and the environment. The intervention of Matsyavatara Prabhu introduced the fundamental, ethical aspects of Bhakti yoga’s spiritual vision. Within this tradition, Shriman Matsyavatara Prabhu explained, the person doesn't doesn’t just absorb the nutrients of the food ingested, rather receives the psychic imprint in it contained, which affects his or her physical characteristics and spiritual awareness. 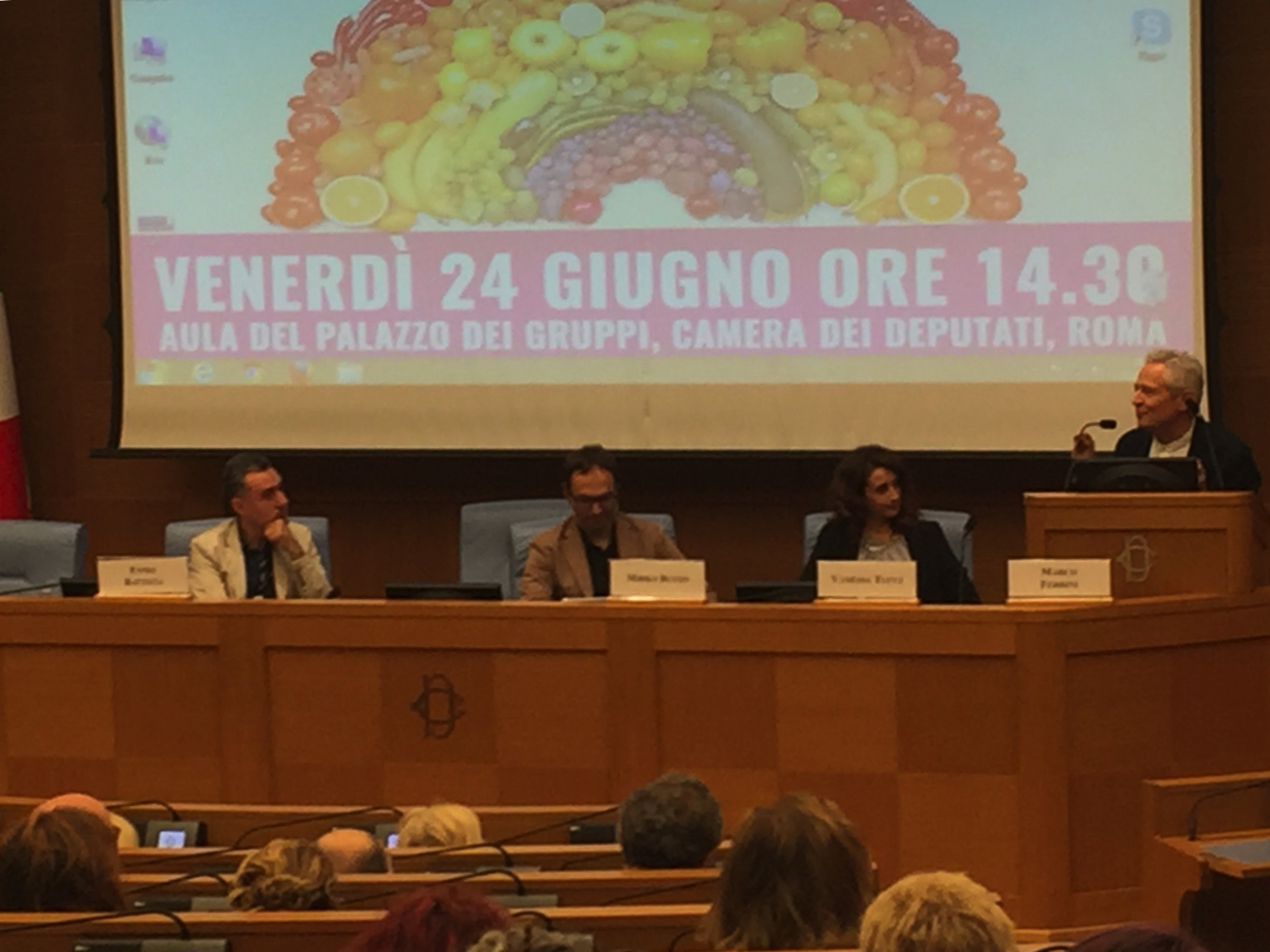 "Think of how charged is any food obtained through violence: all the suffering, dismay, fear, terror felt by an animal which has been kept prisoner until the terrifying moment of slaughter; how these imprints have remained impressed in the body, and are then assimilated by whomever, unaware, chooses these cadaveric items for nutrition.”

In front of the 200 people in the audience, amongst which were representatives of the parliament, scientists and journalists, Shriman Matsyavatara Prabhu exclaimed: “Rather than asking, ‘WHAT am I eating today?’ many should ask, ‘WHO am I eating today?’ Since life is essentially about relations, relations are our most important patrimony! Choose foods then that honor non-violence, company, friendship, and compassion towards all creatures; because it is only through these actions that ours and others’ evolution will take place”.

According to the Bhagavad Gita, one of the most monumental works on the perennial philosophy of the Yoga of Love, continued Shriman Matsyavatara Prabhu, there are main categories of foods, based on their energetic structure and the more or less violent production manner, and from which derive:

On the health front, it has at last been proven that a carnivore diet is a major cause for cancer, cardiovascular and degenerative diseases. On the environment and economic front, industrial breeding is the primary cause for world hunger: to produce one kilogram of meat enough to feed 5-6 people, we need 30,000 liters or water and 16 kilograms of cereal, which alone would supply enough for 40-50 individuals. Industrial breeding is also the main culprit for deforestation, pollution and global warming, with gas emission higher than the transport sector and producing 64% of the total ammonia, contributing to the acidification of ecosystems and acid rains.

And what to say of the ethical aspect, explained Matsyavatara Prabhu, without which the person loses his/her life-long dignity? To change things is possible for everyone. How?

With our nourishment daily choices!

At the conclusion of his intervention, Matsyavatara Prabhu underlined how the power derived by our sensible and aware choices, individual and collective is immense: able to re-orient the political choices of our country and beneficial to all. 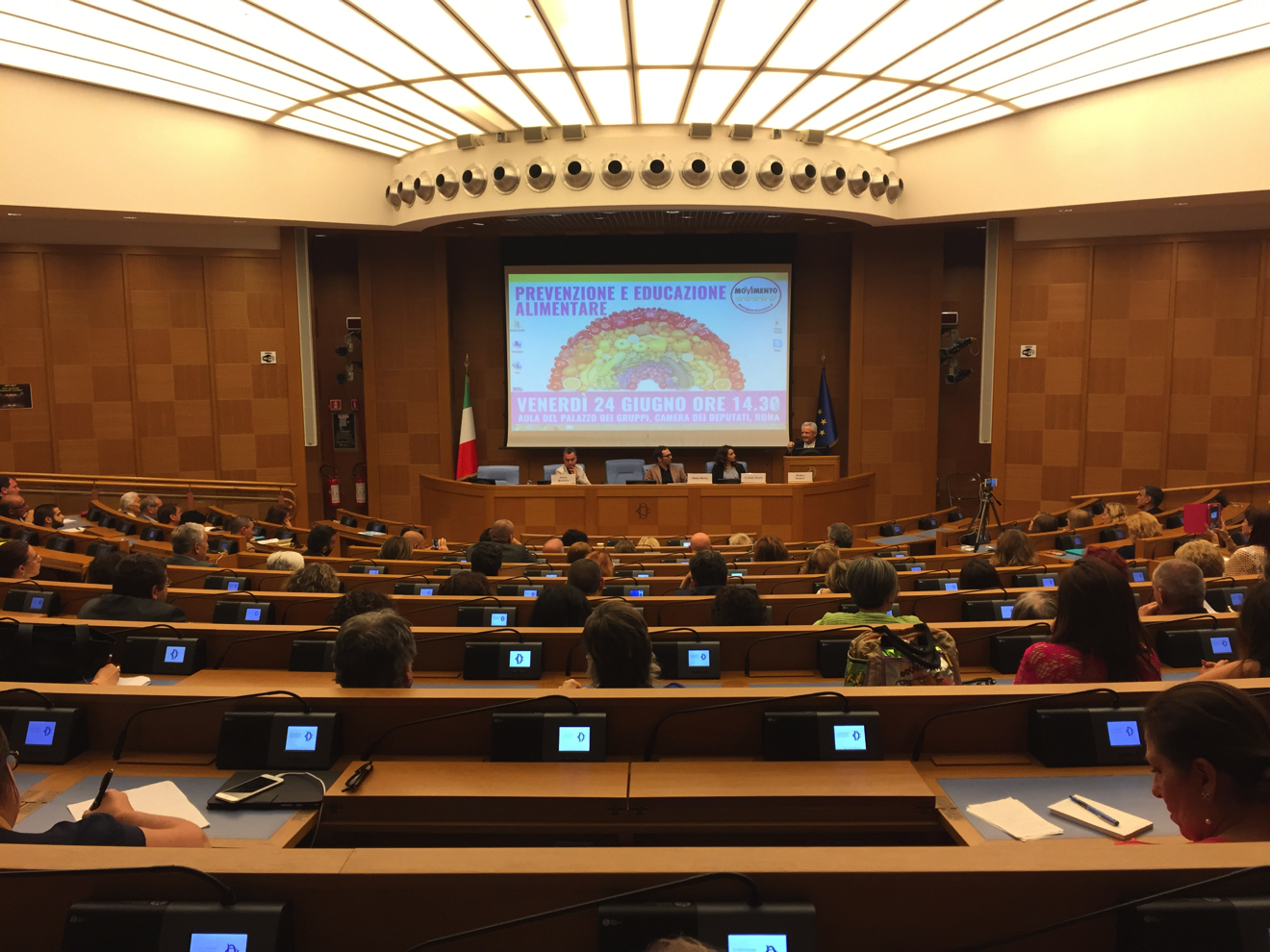